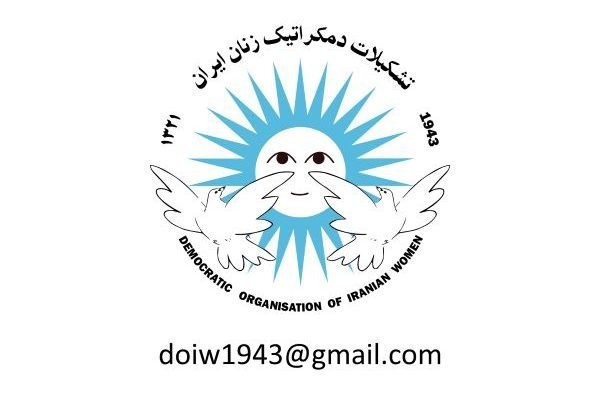 On the occasion of International Women’s Day in March 2021, the Democratic Organisation of Iranian Women sent a message of solidarity to WIDF. Here are some excerpts of that message:

‘The Democratic Organisation of Iran Women conveys its greetings, on the occasion of the 8th of March, the day of solidarity of women worldwide, to you and through you to all women in member countries and throughout the world.

This year, we commemorate the 111th anniversary of International Women’s Day and renew our pledge to fight for a world free of poverty, violence, prejudice, injustice, and the destruction of the environment. One year has passed since the start of the Coronavirus worldwide crisis and we have witnessed the way it has deepened the class and gender divide in a disastrous way, led to exponential rise in poverty, domestic violence and other social ills. The weight of these is borne mainly by women and the poor.’

The message went on to say:

‘As the statement by WIDF has stated, countries that enjoy a strong state health service have been in a good position to fight this pandemic. However, capitalist states with a neoliberal agenda have seen social and economic inequality increase and women and girls experience greater degrees of violence and persecution.

In our country too, the regime’s policies alongside new backbreaking sanctions imposed by the USA have deepened the class divide and forced ever greater numbers into abject poverty; they have led the country to a deep crisis, increasing the pressure on the poor especially women. The regime ensures it survival through the savage suppression of social and women’s movements.

Poverty and unemployment have wreaked havoc on the society and led to femicide, suicides, child marriage, job insecurity, and led to vulnerable and poor children being deprived of education during COVID 19 crisis. Sex discrimination in employment has risen during the crisis.

The situation of women in employment was dire in Iran due to the theocratic regime’s misogynistic policies, even before COVID19. In the new conditions, women have seen their meagre share in employment dwindle even more, leading to economic and mental health harm. Privatisations had already transferred 70% of jobs from the formal to the informal sector. This has meant that in order to survive women are forced into harsher working conditions with lower pay, longer hours, with no insurance or legal protection.

In addition, women have been at the forefront of the fight with coronavirus, as health workers, essential workers, or homemakers. The dual burden of looking after the children, home schooling them or looking after elderly parents or family members has fallen on women. Domestic violence in all countries especially in poverty-stricken countries like ours has increased, as have domestic violence, the abuse of women and children in the home, and suicides. Extreme pressure on nurses and the neglect of their needs and rightful demands for better pay has meant that many have been forced to leave the profession or emigrate.

The last twelve months which we have spent with the Coronavirus crisis the rise in poverty has led to an increase in the numbers of child marriage. This has been partially responsible for the increase in the number of girls who are deprived of education. Rather than viewing this as the problem it is, the regime encourages and protects this practice, and gives it support by stating that it is aligned with the teachings of the religion and the Islamic Republic’s laws.

During the past 9 months, 25,000 child marriages are reported to have been conducted involving children under 18 years of age. According to the Centre for Statistics of Iran published on 21st January 2021, during this time 9,058 girls aged 10-14 have been put through this ordeal, and 188 divorce cases involving girls aged 10-14 have been registered. Even children who have become widows are among the statistics, due to children being forced into marriage to elderly men. The Bill proposing a ban on marriage of children under 13 has been continuously rejected in the regime’s legislative bodies. During lockdown, access to the internet has become a critical asset. Yet in some provinces 53% of teachers and pupils have not access to internet. Suicide among children who could not continue their studies because they could not get access to the internet, laptops, or even mobile phones is another tragic phenomenon of these times, finding their way to the daily papers from time to time.

Alongside these ills, we have witnessed an increase in drug addiction, homelessness, prostitution and the sale of organs. These are just some of the social problems that have been brought into sharp focus during Coronavirus crisis.’

‘The Islamic Republic regime is one of only 4 countries of the world that has not signed the Convention on the Elimination of all Forms of Discrimination Against Women, and considers gender equality to be in contravention of its constitutional law, insists on the implementation of religious law, and invites women to put up with violence and abuse, and accept the violation of their rights and it has no problem with child marriage.

The Iranian regime has been suppressing civil and human rights of the people of Iran, especially those of children and women, and pursued a policy of arrest and torture of those who oppose these abuses.’

Previous article
Maryam Firouz, the Unforgettable Figure of the Women’s Movement in Iran
Next article
COVID-19 and its Impact on Women’s Condition