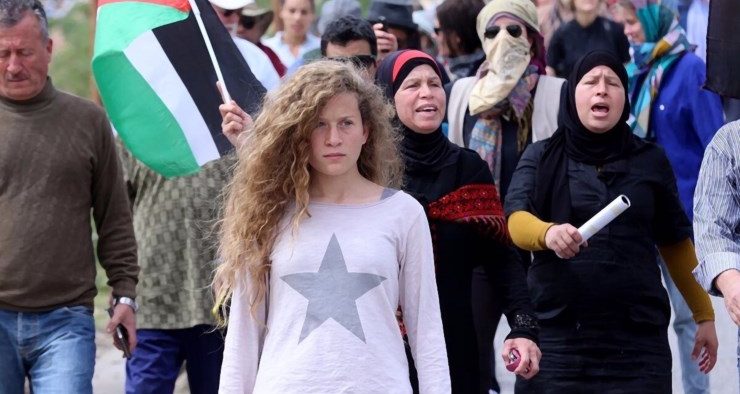 In Israeli prisons, thousands of Palestinians, many of them underage, are imprisoned in “administrative detention” – that is, in indefinite trial waiting .
WIDF  calls for the release of Ahed Tamimi and all Palestinian political prisoners – women and men – and expresses full support and solidarity with the Palestinian people and their liberation struggle.

WIDF  will remain on the side of Palestinian women and their struggling families until the end of the Israeli occupation of the Palestinian Territories, until Palestine is free and independent within pre-1967 borders, with East Jerusalem as capital, respecting the resolutions and according to the international common feeling repeatedly expressed by the UN over the course of 50 years.