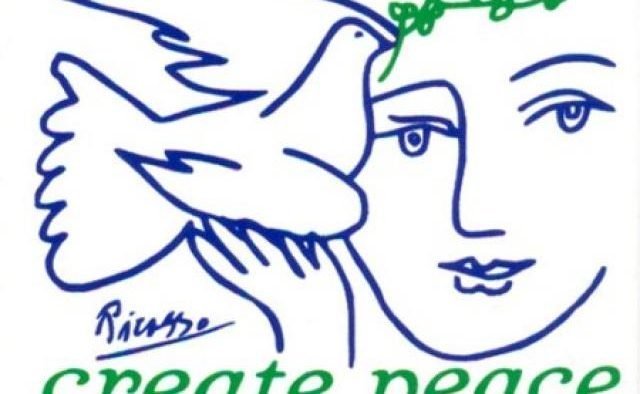 With Donald Trump becoming US president, important changes were triggered in the US policies in the international arena, the most important of which are the increase in the warmongering policies, heightened tension and ignoring international laws and conventions. These policies have made the world more insecure and given rise to direct and proxy wars. The present conditions pose the threat of war to many regions of the world, including Iran.

Trump who presently is leading the ultra-right and neo-fascist forces, along with his allies in the South America and the Middle East, is aiming at military interventions and regime changes, and Iran in particular, is one of the scenarios on his agenda.

It is a fact that against the background of Trump’s military threats, the leaders of the Islamic Republic of Iran practically stoke the tensions by their unscrupulous and radical stance. In the Middle East, due to the presence of the reactionary and neo-fascist forces such as Israel and Saudi Arabia and their large or small allies, and also the reactionary regime ruling our country, such a situation has been created that with the smallest mistake, and a spark, the flames of a massive war could be ignited, a war in which, for sure, the ordinary people will be the biggest losers.

In modern wars which usually take place away from the battle fields, tending more toward cities, towns and villages, the ordinary people, including children and women suffer more casualties. According to statistics, in these circumstances, up to 90% of the victims are civilians. Non- combatants – including women and children- are killed, injured, disabled and tortured. They are displaced from their homes and are deprived of food and other necessities. Furthermore, many women who lose their husband and face an absence of state support, face many difficulties as they become the head of the household and must find a job and provide for the children and dependent relatives. Beside all these, the mass migration of people to the new areas affects every member of the society as the social structure and that of the family erode, traditional belief systems lose their meaning and people’s human rights are severely violated.

What happened to the women of Iran in the Iran-Iraq war is only a small example of the catastrophic consequences of war for women and children. When the country, just like today, was facing economic difficulties, the limited economic resources which should have been used for rebuilding the economic infrastructure, were directed to the war fronts, and people in urban and rural areas faced the rationing of the scarce necessities, inflated prices and hoarding. The cities and villages were destroyed with uninterrupted bombings and the elderly, women and children were injured or killed. In the frontier cities, women were raped, and many fled to other cities. At the same time, the regime’s incompetence in economic affairs and the lack of a suitable plan to support the refugees and rising poverty and hunger, forced many women into prostitution to provide for themselves and their families.

Women are not only the casualties of war. Due to the difficult situation they live in, they are always at the centre of the struggle for peace and against the war; and it is very important that the opinion and role of the women be considered in this struggle. But unfortunately, in underdeveloped countries with reactionary states, not only are the women not given any role to play in matters that have to do with peace, but their opinions are ignored. In Iran, women, despite all numerous restrictions that they face they have remained at the forefront of the struggle for peace and freedom, and have fought for peace alongside human rights.

In the research done by many international organizations and institutions, the link between the women’s rights and lasting peace has been increasingly recognised. Despite all this, the formal peace negotiations take place without the participation of women. Women who can play an active role in rebuilding the economy and civil society, during the war and after, are marginalized.

At the core of many violent clashes in the world is inequality, injustice and deprivation; and many governments try to hide their economic, political and social crises behind the excuse of the “war conditions”. The “war conditions” have been a “heaven-sent” for the leaders of the Islamic Republic and in this situation, they have been able to suppress dissent and silence the voices that speak for people’s rights, at the helm, progressive organizations and political parties.

In order to tackle the military threats, the military forces can establish themselves in the battle fields and under this smoke screen, blame the “war situation” for all the difficulties, but they cannot resolve the fundamental political, social and economic difficulties or bring about peace.

The danger of war for Iran may be imminent or be something that happens in the future, but practically, the threat of war creates the possibility for the regime of the Supreme Religious Leader (Velayet-e-Faquih) to intensify the suppression of the people and democratic forces, by using the “war and sensitive situation” as a pretext. This will create a catastrophic situation worse than the one Iran is dealing with presently.

Therefore, in present circumstances, mobilising the people against these policies and creating peace campaigns, are among the most urgent tasks facing progressive forces in Iran. In this struggle, the role of women as one of the sections of the population that suffer the most from a war situation, is fundamental and decisive. Iran, due to the anti-democratic function of the Regime of the Supreme Religious Leader (Velayat-e Faghih) and also Trump’s ultra-right and neo-fascist government, is facing a dangerous situation. It is incumbent not only on the people of Iran to stop the adventures of the two regimes that threaten to start a new war in the region, but also requires an international campaign. Starting a war against Iran, in a region that is grappling with instability, and where tension between different countries in the Middle East has created an explosive situation, can lead to irreparable human and environmental disaster.

The way out of the present catastrophic situation and creating stability depends on a relentless struggle for lasting peace and at the same time, for rejecting the religious dictatorship in Iran. In this path, only the people of Iran can determine their destiny, and US imperialism and its internal and external allies should not be allowed to gain a foothold in Iran.

Previous article
DOIW Condemns Imperialist Intervention in Venezuela
Next article
No to War, No to Sanctions, No to Despotism