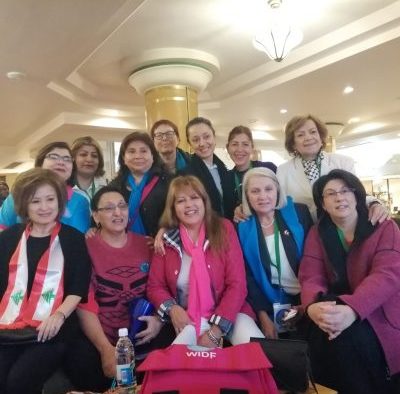 The following is an appeal from the Steering Committee of Women’s International Democratic Federation regarding the conditions that have followed the COVID 19 pandemic.

The Women´s International Democratic Federation (WIDF) saluting all the women and men who are in the fight to get out of the Covid-19 pandemic, we are in solidarity with all the peoples and countries of the world that today face this serious health emergency.

In these immensely difficult times for individuals and communities, WIDF invites all its affiliated organizations to do their utmost to help their national and territorial communities emerge from the health crisis that is affecting them.

We thank the peoples and governments that are making human resources and therapeutic tools available to other countries that need urgency.

We especially thank China and Cuba for the generous help it offers, by making available its scientific knowledge, resources, medical and nursing personnel to face the health emergency.

Who will have the most devastating effects of the health emergency?

The effects of this pandemic are not the same for everyone. There are countries where the pandemic adds more damage to the pre-existing ones: countries already oppressed by hunger and poverty; strangled by debt, by structural adjustments imposed by global financial institutions and by austerity policies; countries under military occupation, like Palestine, or involved in bloody wars, like Syria and other countries in the Middle East; countries subject to deprivation of all kinds by criminal imperialist unilateral economic blocs; countries that lack adequate sanitation facilities due to savage privatization policies and cuts in public spending.

This pandemic has exposed the failures caused by neoliberal policies of cuts to public health, the transfer of enormous resources to the private sector, the closure of public hospitals, the massive layoffs of personnel. Resources and funds have been withdrawn from research institutes and prevention systems to direct them towards more profitable research for multinationals in the pharmaceutical and healthcare sector.

The rhetoric of “we are all in the same boat” has not been able to mitigate the repercussions of the austerity policies imposed by the IMF, the ECB and the multilateral financial organizations.

Throughout the world, including the United States, this health emergency has uncovered the structural vices of the capitalist system and the failures caused by its policies that have increased inequality, discrimination and social injustice to secure privileges for the few at the expense of the rights of people.

The WIDF firmly reiterates that the security we demand is the one that guarantees rights for all, starting with the right to health, through action plans inspired by the principles of solidarity and international cooperation, exchange of knowledge and material resources, scientific and technological.

No country can claim the use of these resources exclusively for itself. We denounce and condemn the persistent aggression of US imperialism, which even during this world health emergency does not renounce its plans for rearmament, does not renounce its designs of “hybrid war”, armed, commercial and media war against countries that do not bow their heads to its dictates.

We accompany the call of the Secretary of the United Nations, Antonio Guterres, for the immediate suspension of conflicts that take place in all parts of the world.

Finally, we denounce the attempts of the governments and extreme right forces to take advantage of the temporary restrictions recommended by the quarantine to introduce permanent restrictions on the exercise of individual and collective rights, as is happening in Turkey, El Salvador, Bolivia; or worse, to claim full powers, trampling on laws and constitutions, as in Hungary.

Who will pay the price?

The prescription of social isolation and the temporary closure of many activities, hither to the only effective prevention of infection, paralyzes or slows down entire production sectors. If the contagion affects people and communities without distinction, its economic and social effects will not fall equally in the different social sectors.

Women, the working classes, marginalized ethnic communities, the most vulnerable sectors of society are the ones who will pay the highest price for this health emergency!

We therefore call on governments to take urgent measures to ensure:

We call on the United Nations and international institutions to support:

They, as front-line assistants, health professionals, volunteers from non-governmental associations, scientists, are making an irreplaceable contribution. They are the ones who provide the essential services that allow the rest of the community to live in the personal isolation that is required. This means that they are at greater risk both for their health and for the negative economic and social implications that are added to those caused by the patriarchal system.

We call on WIDF affiliated organizations, all voluntary organizations and associations, to ensure that measures to protect women and girls from sexual and domestic violence do not stop.

We call on governments, international institutions, social organizations, scientific institutes, popular movements, to join us in the joint effort by building effective responses, based on the principles of solidarity, to share scientific and technological progress, justice and social equality, protection of the environment, respect for nature and peace, to guarantee equal access and influence for women and men in the development of policies and decision-making processes in this circumstance.

Women from all over the world united in the fight

United women are decisive in building an effective global social response capable of not only repairing the damage of the current crisis, but also preventing future ones.

Let’s fight for food security, for the right to housing, for access to water threatened by privatizations; for education, health and protection of the environment; for the rights of migrants and marginalized ethnic communities; against wars of aggression and global disarmament: we are able to stop and repel diseases and indicate the way out to a different world, where human and social relations based on the values of equality, solidarity, social justice and peace prevail.

Previous article
Appeal from women members of the Arab Regional Center of Women´s International Democratic Federation (WIDF)
Next article
Maryam Firouz, the Unforgettable Figure of the Women’s Movement in Iran