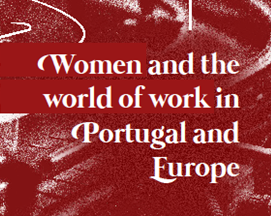 The Movement of Democratic Women in Israel, sent the following message to the International seminar on Women and the World of Work, held near Lisbon in Portugal, on 28th May 2021. Excerpts of the message read as follows:

‘We are sorry for our delayed response to register and participate in seminar program, because of our involvement recent preoccupations in security conditions prevailed in the last two weeks, and the war launched by Israel against Palestinian people who suffers under Israel occupation since 1967 which began by provocations by extremist Jewish settlers in Jerusalem under the protection of the police and army forces. Government orders to evacuate dozens of Palestinian houses in Shiekh-Jarah neighborhood in Jerusalem and preventing moslems to pray in Al-Aksa mosque in the most holy month for moslems – Ramadan.

These escalation steps caused a wave of protest among Palestinian in the area and the world.

Gaza paid the most price, buildings, houses. Establishments were destroyed by Israeli military planes, 250 people were killed among them 40 women, 65 children, 20 old people. 1750 injured. in addition, several people were killed in Jerusalem and the west bank in order oppress the protest demonstrations by Israeli security forces.

As to Palestinians in Israel (20 percent of the population) started peaceful demonstration to express their solidarity with their people and against air bombing of Gaza, the interference of the police caused two deaths, dozens of injuries and hundreds of detentions. Violence actions against Palestinians by bands of extremist Jewish encouraged by ministers and rightwing Knesset members took place all over the country. These actions caused atmosphere of fear and isolation. A lot of workers still unemployed since most business landlords are Jews, Israeli media still publish racist and incitement messages against Palestinians living in Israel. The case is very dangerous in mixed towns, Haifa, Jaffa, Lod and acre, were Palestinians become threatened daily.

We call you to condemn the Israel government policy of war and occupation. And to convey messages to the U.N, the Security Council and to the international community to practice pressure on Israel to obey the international resolutions witch decided the establishment of Palestinian state in 1967 borders with east Jerusalem as its capital and guarantee a just solution for millions pf Palestinian refugees.

This will just and prominent solution will save the area from continuous wars and violence.

We wish your seminar great success…’

Secretary of movement of democratic women in Israel