DOIW contribution to International Seminar on Women and Employment 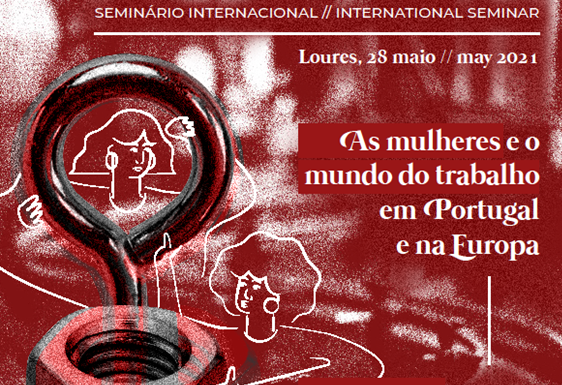 The Democratic Organisation of Iranian Women presented its contribution to the International Seminar on Women and the World of Work organised by the Democratic Movement of Women in Portugal (MDM) and supported by WIDF. Excerpts of the presentation that was on the subject of Precarious Employment and Women in Iran, are shown below:

‘We wish MDM a very successful seminar, and we are pleased to be with you today alongside other WIDF organisations.

To start with, we would like to state that the Democratic Organization of Iranian Women strongly condemns the war in Israel and Gaza, which for 11 days claimed the lives of scores of innocent people, mostly Palestinians. We express our solidarity with the just struggle of the Palestinian people, especially the brave women who are fighting for the right to live in their own homeland and homes. We support the UN resolutions for an independent State of Palestine within the pre-1967-war borders, with East Jerusalem as its capital, and enshrining the right of Palestinian refugees to return to their homeland.

Now on to Precarious Employment of Women in Iran,

The current conditions of COVID pandemic have brought into sharp focus the difficulties that neoliberal economies have wrought for workers and the low-income worldwide. The most dominant result of these policies of deregulation and privatisation is the loss of permanent or secure employment.

In Iran, which also pursues neoliberal economic policies, women face an additional challenge of living under the rule of a misogynistic and theocratic regime, which is prepared to do almost anything to ensure its survival.

According to the Centre of Statistics in Iran, in 2020 the rate of employment among women had fallen from 14.5% to 11.8%. During COVID the problems have been exacerbated. In one year, 474,000 men and 1 million and twelve thousand women have lost their jobs.

85% of around 40 million women in the country are either not registered as being in employment or are employed in the informal sector. The limitations of Coronavirus have led to a large number of jobs including many in the service industry being lost. Many restaurants, hotels, hospitality suites, food stores, hairdressers, childcare centres, sports facilities and the like have gradually shut down. Women have been impacted substantially more due to their greater representation in these jobs, mostly working with zero-hour contracts.

The rate of unemployment among men graduates runs at 28% while the rate among women with higher education degrees stands at 70%. Women do not get the same employment opportunities as men and the present conditions have intensified this disparity.

Women are the first to be made redundant during any restructuring of the workforce. The Deputy Minister for Labour said recently that around 70% of those who have lost their jobs due to COVID are women.

During the past year 1.5 million jobs have been lost.[1] One million of these were done by women.  These jobs were those in small workshops of 1-4 workers and were generally precarious. Women and university graduates are generally found working in these establishments which have not managed to survive the economic shock of Coronavirus restrictions.

The discriminatory constitutional law and gender discrimination in social, political, economic rights as well as the judiciary, have forced women into the informal sector. As a result, 80% of those in work and without social insurance are women[2]. They do not have employment contracts, health insurance or unemployment benefits or pensions. They are workers in perpetuity, till their last breath.

The pandemic has forced women into accepting harsher working conditions in order to try to keep a roof over their head and feed their children. While the government spoke about working from home, social distancing and observing hygiene protocols in the workplace, the informal sector was grappling with the real danger of death.

Gender segregation in education and employment have played their part in worsening women’s condition, in marginalising women in employment and limiting them to becoming teachers in girls’ schools or nurses in women’s wards in hospitals.

The rule of a theocratic dictatorship, and its relentless protection of the capitalists have widened the class divide and reduced the share of the poor even more. Structural adjustment has had devastating consequences for workers and women. Misogynistic and reactionary policies of the Islamic Republic and its leader Ayatollah Khamenei have created additional obstacles in the way of women.

In Iran, among our demands for improved working conditions for women are:

an end to all discriminatory laws and violence against women, abolition of the forced hejab, an end to all segregation in education, employment, sports and culture, a guarantee of equal participation of women in production, and the running of the country, empowerment of women through the expansion of trade union and civil rights and governmental and non-governmental organisations and the defence of women’s rights and children’s welfare; Joining the international convention against discrimination against women, with guaranteed right to return to work; equal pay for equal work; provision of at least 6 months maternity leave with pay, and the right of maternal and paternal leave for new parents; the right of unpaid leave for one year after the birth; extensive networks of creches for children to help women in employment, and opening afterschool facilities for school-age children; extensive educational public programmes to raise social awareness about the ills of violence against women and raising public consciousness about sexual violence as a human rights breach, promoting the culture of respecting equality between men and women.

The struggle for employment rights in Iran is intertwined with the struggle against dictatorship. Scores of women, workers, teachers, lawyers, mothers, nurses, women’s rights activists, continue to suffer torture and degrading treatment in the prisons of the Islamic Republic for demanding their human rights. The freedom of political prisoners in Iran, women and men, is essential to the struggle for equal rights in employment and other arenas of social, economic, and political life.

Improvements for the lives of women in Iran and elsewhere can only be accompanied by ensuring democratic and political rights and freedoms, with the aim of bringing an end to class and gender exploitation.

We look forward to receiving translations of the proceedings and to draw on the knowledge and experiences shared in this excellent seminar. We hope, in turn, to translate and disseminate the material as widely as we can.

Previous article
International Seminar on Women and the World of Work in Portugal and Europe
Next article
No to War, bloodshed, and the Killing of Innocent People